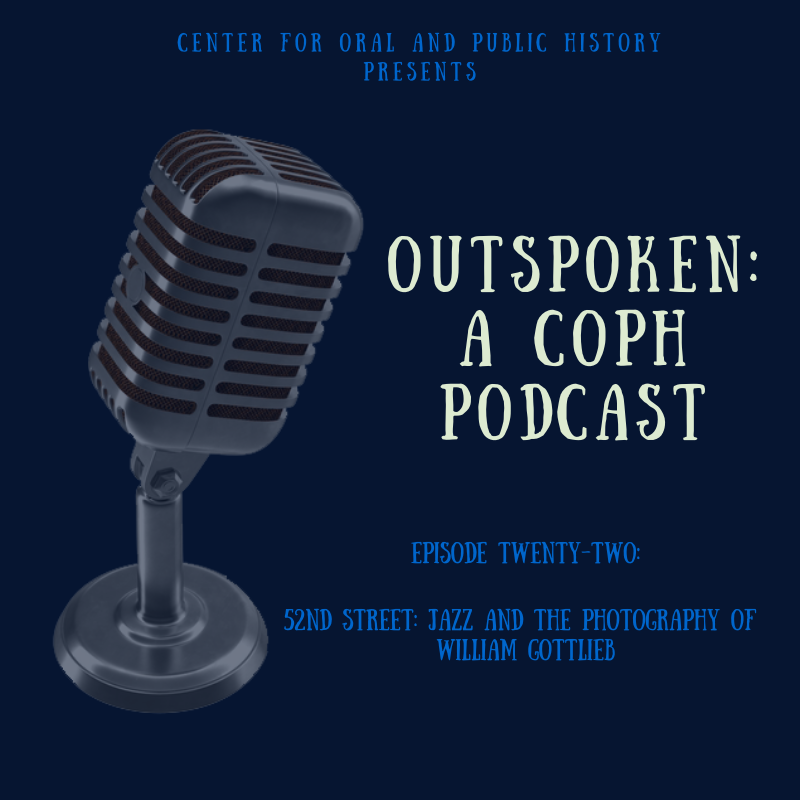 In Episode Twenty-two, Dr. Natalie Fousekis steps in as guest host to interview Dr. Benjamin Cawthra about his current exhibition, 52nd Street: Jazz and the Photography of William Gottlieb, held at the Great Park Gallery in Irvine through May 1, 2022. The exhibit focuses on Manhattan's 52nd Street, a hub of musical creativity in the years immediately following World War II. Dr. Cawthra talks about developing the exhibit; his experience interviewing William Gottlieb; the differences between curating exhibits with students versus on his own; and what he hopes visitors take away from the exhibit.

Later, in our Out of the Archives segment, archivist Natalie Garcia presents oral history clips from William Gottlieb's interview.

Enjoy episode twenty-two and don't forget to follow us on  SoundCloud  and subscribe to our podcast  iTunes.

about Benjamin Cawthra and William Gottlieb 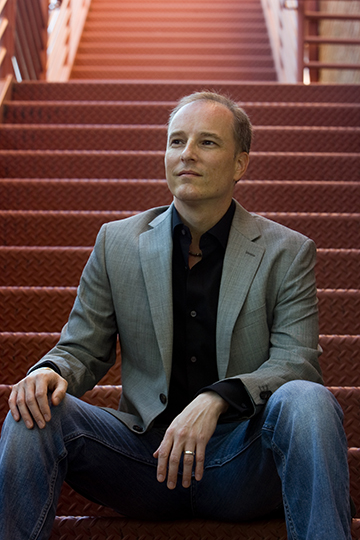 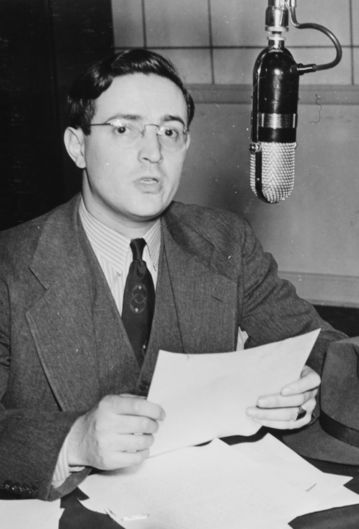 Benjamin Cawthra is a U.S. cultural and public historian. His book Blue Notes in Black and White: Photography and Jazz (University of Chicago Press, 2011) examines the evolving representation of jazz subjects from the swing era of the 1930s to the black nationalist 1960s. He has also published recent essays on musician Duke Ellington (2016) and boxer Jack Johnson (2019). He is an associate director of the Lawrence de Graaf Center for Oral and Public History and has directed several history exhibitions for the Center, including New Birth of Freedom: Civil War to Civil Rights in California (2011) and Keystone Korner: Portrait of a Jazz Club featuring the photography of Kathy Sloane (2015). He also curated and wrote the catalog for Herb Snitzer: Photographs from the Last Years of Metronome (Sheldon Art Galleries, 2008).


William Gottlieb was an American photographer and newspaper columnist, best known for photographing the Golden Age of American jazz in the 1930s and 1940s. Gottlieb was a self-taught photographer who captured the personalities of numerous jazz musicians, including  Louis Armstrong, Duke Ellington, Charlie Parker, Billie Holiday, Dizzy Gillespie, Thelonious Monk,  Ella Fitzgerald, and many others.

William Gottlieb was interviewed by Benjamin Cawthra on June 6, 2005. Clips from this interview are featured in this episode's Out of the Archives segment.